Top 5 Biggest Lies About Cannabis Use

Top 5 Biggest Lies About Weed Use

There are so many ridiculous falsehoods about marijuana. This article will focus on the top 5 biggest lies about weed use and if there is any legitimacy to the stories out there.

1. Weed is worse than cigarettes

The marijuana versus cigarette debate has been raging on for years. Although tobacco-related deaths and diseases have 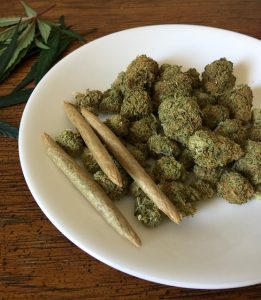 increased the medical establishment still labels weed as unhealthy. The false statement “one joint is equal to ten cigarettes” is simply not true. Cigarettes contain more than 4,000 chemicals, this includes 43 carcinogenic compounds that are toxic to humans. Also, let’s not forget about nicotine and its addictive qualities.

Back in 2012 the Government of Canada  released the following statistics for 2012:

On a purely superficial level, certain weed strains smell much better than cigarettes like the Purple Kush AAA+.

The 2nd of the top 5 biggest lies about weed use is drinking and driving. The danger of driving while intoxicated is a serious problem in this country. Canada currently ranks No.1 out of 19 first world countries when it comes to the percentage of roadway fatalities. The madd (mothers against drunk driving) website reports that 3.5 deaths per day are attributed to alcohol-related causes. Since marijuana’s legalization in the US, the Colorado State Patrol has reported a decrease in the number of driving impaired incidents. While doing research for this article I haven’t found any solid anecdotal or statistical evidence to back up the false claim linking weed with vehicle fatalities.

3. Marijuana is a gateway drug

This has got to be the biggest load of excrement out there about cannabis. Why do liberal politicians always pick on marijuana and never on alcohol and tobacco? It’s a known fact that people who drink and smoke do not automatically transition over to more addictive drugs like meth, heroin, opioids and cocaine. Uneducated people are comparing oranges to apples without having the slightest proof of what they are speaking about. Can someone show me the correlation between cannabis use and other illicit drugs? The answer is NO because it doesn’t exist. The vast majority of users are content with weed as their drug of choice just like coke heads prefer cocaine to anything else.

Here at Quick Greens were not advocating the laundering of money for illegal enterprises. But, the reality of the situation is that black market businesses drive the economy and they employ thousands of people across Canada. The following industries all benefit from illegal cannabis sales.

Believe it or not, the service and construction industries all benefit from of the book marijuana sales. Without illegal grow-ops, many Canadians would be out of work.

5. Weed makes you slow and unproductive

Another salacious lie told by people who have never inhaled or done anything with their lives. Here is a short list of accomplished people who were and are regular cannabis users:

This short list of famous people proves that you can still be highly functional and creative at the same time, this puts to rest the argument that says weed makes you lazy.

See No Evil Hear No Evil

There you have it the top 5 ways that weed is ruining and destroying the world, get off your asses politicians and legalize weed now!

December 4, 2020
Hemp CBD versus Cannabis CBD what's the difference? CBD (cannabidiol) is produced from the hemp plant and cannabis CBD is derived from the cannabis plant. For consumers who are concerned about getting high I.
Read More

September 4, 2020
According to Section 193.1 of the Cannabis Act, edibles have been legal in Canada since October the 17th, 2019. Since mid December a few legal dispensary's are now carrying limited supplies on their store.
Read More

September 4, 2020
Religion, politics, your salary and how much university debt you are carrying are at the top of the list of questions not to ask on a first date. Even though marijuana is legal in.
Read More

September 4, 2020
Cannabis culture attracts a wide diverse cross section of people. The 420 world also has a growing trend of attractive women who are passionate about smoking, partying and showing off their fantastic physiques. Ganja girls.
Read More

September 4, 2020
When purchasing cannabis online you will come across different weed strains that fall into three distinct categories: indica, sativa and hybrid. Indica versus sativa easily be understood once you know the difference. Indica strains are.
Read More

September 4, 2020
On October 17th 2018 Canada became the first developed nation to legalize recreational cannabis use. Decades prior to this marijuana was vilified and condemned by law enforcement and politicians as a gateway drug. Anyone.
Read More

September 4, 2020
Last year in 2019 was when cannabis stocks were supposed to take off, but they didn't. Despite all the hype surrounding the legalization of recreational marijuana in Canada the market failed to show the.
Read More
January 8, 2019
Cannabis users going to work high in Canada, it's about time. Canadians were ecstatic when cannabis was legalized this past October. From a legal standpoint, it does bring some questions as to when its.
Read More

December 24, 2018
There is a great deal of debate between people who are cannabis users versus alcohol abuse and which is more detrimental to society.According to data collected from the 2015 Canadian Tobacco Alcohol and Drugs.
Read More

December 13, 2018
Even though Canada is on the forefront of cannabis legalization, we are still behind when it comes to a provincial cannabis delivery service independent of Canada Post. California's Bureau of Cannabis Control (BCC) recently.
Read More

December 6, 2018
Google ImageMedicinal cannabis has numerous, proven health benefits. However, our cousins south of the border still have draconian laws prohibiting its transportation. In their infinite wisdom the DEA (Drug Enforcement.
Read More