GMO and the Cannabis Industry 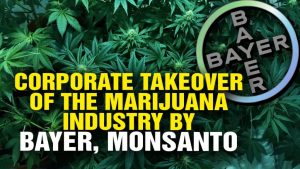 industry. They want a piece of the lucrative $3.16 billion Canadian pot market. Of course Monsanto executives have denied this claim.

GMO and the infiltration of the cannabis industry

If multinational GMO’s  enter the cannabis industry it will have devastating consequences for existing and new cannabis startups.

Voted the most evil company in the world

Back in 2013 a poll was conducted ranking the worlds most reviled corporations. 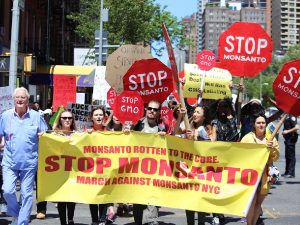 Monsanto came in with a 51 percent score.

Breakdown of the vote:

According to Forbes, Monsanto came in at #427 with a market cap of $55.1B with annual sales of $14.6B per year. This behemoth agricultural corporation has the financial and industrial resources to adversely affect the cannabis industry.

Monsanto has a history of economic exploitation of family farmers in Canada and the USA. Multiple non corporate farms have been sued for inadvertently having had patented seeds blown into their fields by the wind from neighbouring corporate farms.

The Bayer and Monsanto connection

Bayer AG is a German multi-national corporation. It was founded in 1863 by Friedrich Bayer and his partner Johann Friedrich Weskott. Bayer is known as the maker of aspirin products. Unofficially the company has been linked with Holocaust and concentration camp experimentation on prisoners during WWII.

Back in 2016 Bayer and Monsanto entered into talks to merge in a proposed $66 billion deal.  In 2018 Bayer acquired Monsanto. It’s just a matter of time before we see genetically modified flower on the market? GMO’s already have an economic grip on family farms that buy their seeds and pesticides. Individual grow-ops will surely be affected.

According to unofficial sources both of these companies have a partnership with plans to take over the cannabis industry. Scotts has purchased three major cannabis growing companies: General Hydroponics, Botanicare and Gavivta.  Other hydroponic company’s have also reported attempted buyouts from the company as well.

Jim Hagedorn CEO of Scotts Miracle -Gro has been overheard with plans to invest major hundreds of millions of dollars in the marijuana growing business.

GMO and the consumer

How will Monsanto entering the cannabis market affect the average consumer in the future? GMO’s involvement in the marijuana market remains to be seen. Consumers who purchase from legal medicinal dispensaries will be impacted negatively. Will cannabis users in the future be forced to purchase inferior flowers grown with terminator seeds at an inflated price? The future remains to be seen regarding this topic.

As a cannabis user this is just another reason for supporting non medicinal cannabis online dispensaries like Quick Greens.

By supporting private growers you ensure you’re getting non GMO high quality flower, concentrates and edibles at a competitive price.