There is a great deal of debate between people who are cannabis users versus alcohol abuse and which is more detrimental to society.

According to data collected from the 2015 Canadian Tobacco Alcohol and Drugs Survey (CTADS), a 76.9% of Canadians aged 15 and older reported drinking alcohol at least once per year. The CTADS also reported that a higher proportion of males compared to females (81.3% vs. 72.7%). In reality, these numbers are probably higher.

For the longest time, medical doctors have stated that drinking alcohol in moderation is healthy for you. This is in stark contrast to a recent study by the Global Burden of Diseases (GBD), based out of the University of Washington in rainy Seattle. According to the report alcohol consumption led to 2.8 million deaths in 2016. Alcohol consumption was also responsible for premature mortality and disability in the 15 to 49 age group, accounting for 20% of all deaths. Particularly affected by the overindulgence of alcohol is the male gender as previously stated.

Alcohol-related financial implications reached $14.6 billion per year back in 2002 according to the CCSA

Negative effects of alcohol and the cost 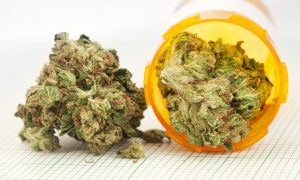 There are many short and long-term effects of alcohol on the human body.

The last one is reason enough to not overindulge in alcohol.

Cannabis has numerous health benefits that only now the medical community is openly embracing.

Ranking cannabis users versus alcohol abuse data put marijuana users in the lead when it comes to safety and its positive effects on the human body.

Try the latest strain from Quick Greens Death Bubba AAAA+ coming next week just in time for the holidays. Bred by Matteo Suleyman, it delivers a pungent pairing of grass and skunk while the smoke is sweet and earthy, a compliment to the palate. This strain is great for treating minor physical discomfort.