Cannabis Users Going To Working While High in Canada 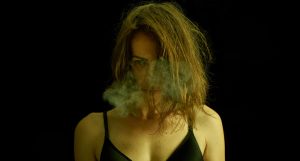 Cannabis users going to work high in Canada, it’s about time. Canadians were ecstatic when cannabis was legalized this past October. From a legal standpoint, it does bring some questions as to when its legal to smoke cannabis in the workplace. The rules for consumption during work hours, however, are not clearly stated in some professions. Ironically a loophole in the system allows MPs on Parliament Hill to legally get high before work. Maybe the regular inhalation of marijuana will aid in the decision-making process of the PM.

For the most part, surveys are not an accurate barometer of hard data. But since there are no hard stats to go with I’ll use some general surveys for this article. According to the occupational safety website, nearly one in five managers or 19 percent are likely to consume cannabis before going to work. An additional 14 percent said they were likely to consume cannabis during work hours. ADP also surveyed 1,000 people comprised of managers, the results were 4 percent will consume during work hours.

Restrictions on cannabis use

Several Canadian employers such as Air Canada, the RCMP, the Edmonton police and the Canadian military announced they would be placing restrictions and possibly prohibitions on cannabis consumption before work.

The head of personnel, Lt.-Gen. Chuck Lamarre, said the military has been focused on putting “the right prohibitions” in place and believes the new rules strike an appropriate balance that will respect the law while allowing the Canadian Armed Forces to do its job.

The marijuana policy will not be more difficult to enforce than the current policy on alcohol, he said.

“We’ve made the policy document very explicit as to when it can be used and when it cannot be used, and who is prohibited from using, and we go to a large extent to protect our operational capability.”

The regulations state members of the military are barred from consuming cannabis within eight hours of being on duty, and they aren’t allowed to smoke or ingest it during the workday. – CBC News

Policies are currently being amended to prohibit cannabis use of any kind. The restrictions that will go into effect in the future are unrealistic and difficult to enforce without mandatory drug testing. Certain employers in Canada could begin mandatory drug testing to enforce a “drug-free workplace”. If your found to have cannabis in your system they may be able to terminate your current job. This is a powder keg of civil litigation waiting to happen. I foresee branches of the legal system becoming specialized in the legal right to consume marijuana during working hours.

It’s ironic that some employers are gung-ho about prohibiting this natural herb, while not prosecuting people who are alcohol abusers or hard drug users that severely impact workplace safety.

Random drug testing may become a commonplace occurrence at some companies and institutions in Canada in the future.

Science does not support the dangers of cannabis use

There is no medical science that supports the adage that smoking cannabis is dangerous in most workplaces. For safety-sensitive occupations that require a clear head such as performing surgery or flying a passenger plane guidelines should be enforced. The average occupation should however not be hampered by new regulations regarding cannabis consumption in the workplace.

There is currently no proposed cannabis drug testing budgets available for employers right now. Saliva tests for THC may cost companies from $75 to more than $100 per user. Urine analysis and more comprehensive testing may end up costing companies significantly more.

In the meantime, while the politicians on Parliament Hill discuss cannabis laws check out our Pineapple Express AAAA+ indica strain, its guaranteed to put a smile on your face.