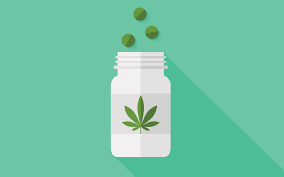 Cannabis health benefits are too numerous to name but I’ll highlight a few below. It’s truly amazing the number of conditions that respond favourably to cannabis. The following is a short list of therapeutic uses treated by marijuana.

Marijuana is a miracle plant that has no equal. Cannabis has a long history as a medicinal product. Dating back to 3000 BC where a tomb in China was discovered to have marijuana in a medicine bag of a shaman.

The oldest writings of marijuana dates back to Indian Ayurvedic writings between 1100BC – 1700BC. Cannabis was commonly used for shamanistic purposes and healing.

THC (delta-9-tetrahydrocannabinol)  was commonly used for the alleviation of asthma as a bronchodilator in the 19th century.

In 1937 congress enforced the “Marihuana Tax Act of 1937” imposing a $1.00 an ounce for medical marijuana. This was the beginning of the end for marijuana and its consumption in the U.S. as a medicine.

It wasn’t until 1942 that it was removed from use as a pharmaceutical drug. Physicians were writing prescriptions up until this point. Despite its many health benefits recreational and medicinal cannabis would later be banned regardless of its previous applications.

Ironically marijuana would later be labelled a Schedule I drug determined by the Controlled Substances Act (CSA). Hard drugs like heroin and LSD are also included in this same category.

Every 10 years from 1942 onward there were government debates regarding the efficacy of marijuana use. Numerous politicians like Richard M. Nixon recommended the non legalization of recreational and medicinal use of marijuana.

Marijuana as a gateway drug was a common statement uttered by the medical establishment to scare people away from its consumption.

In 1974 the FDA introduced an Investigational New Drug Program that approved certain members of society to help with glaucoma and other health issues. Fast forward to 1989 the Bush administration would go on to review the medical value of cannabis for medical issues.

Does smoking marijuana cause cancer?

In the United States cigarette smoking has resulted in more than 480,000 deaths per year. This figure does not include the more than 41,0000 deaths resulting from secondhand smoke.

The medical establishment at this time does not have conclusive evidence that habitual marijuana smoking causes cancer. Epidemiological evidence linking cannabis and lung cancer at this time are inconclusive.

For those people who decline to smoke marijuana for health benefits there are numerous alternatives to smoking it. Cannabis can be consumed a number of different ways.

The medical establishments perception of cannabis does not match up with its numerous health benefits. The argument that smoking marijuana causes cancer has not been validated. Health Canada and the American Medical Association always emphasize that the only way to consume marijuana is by smoking it. This argument is factually untrue because there are countless methods on how to consume cannabis and still benefit from this miracle plant.

I suggest you do your own research. The many health benefits of cannabis far outweigh the negatives purported by the media and medical establishment.

One thought on “Cannabis Health Benefits for the Medical Industry”